If there’s anything the past year has taught me, it’s that politics matter. It matters more than we think it does. People’s lives are dictated by their politics. It’s when Aarathi Selvan told us, “A person is political” that I truly understood it: we are born political.To understand how we are political, we need to know the true meaning of the word ‘political’. To be political means to be aware of our environment around us. Being political is to be conscious and to have a strong sense of awareness about one’s privilege. This, in turn, shapes our sense of equality and fairness. Politics is not just about whom we vote for, or the ruling part vs. the opposition debate. Being political is more than just supporting a party, it dictates your life philosophy.

How are we political?

We live in a world that loves structures: political, social, legal, religious. Everything has a structure. Everything has a hierarchy that must be followed. The top has the most privilege and the bottom has the least. Which means that your life becomes easier if you have privilege that allows you to access resources that aren’t available to those at the bottom. And the further we are in our privilege, the less empathetic we can be. 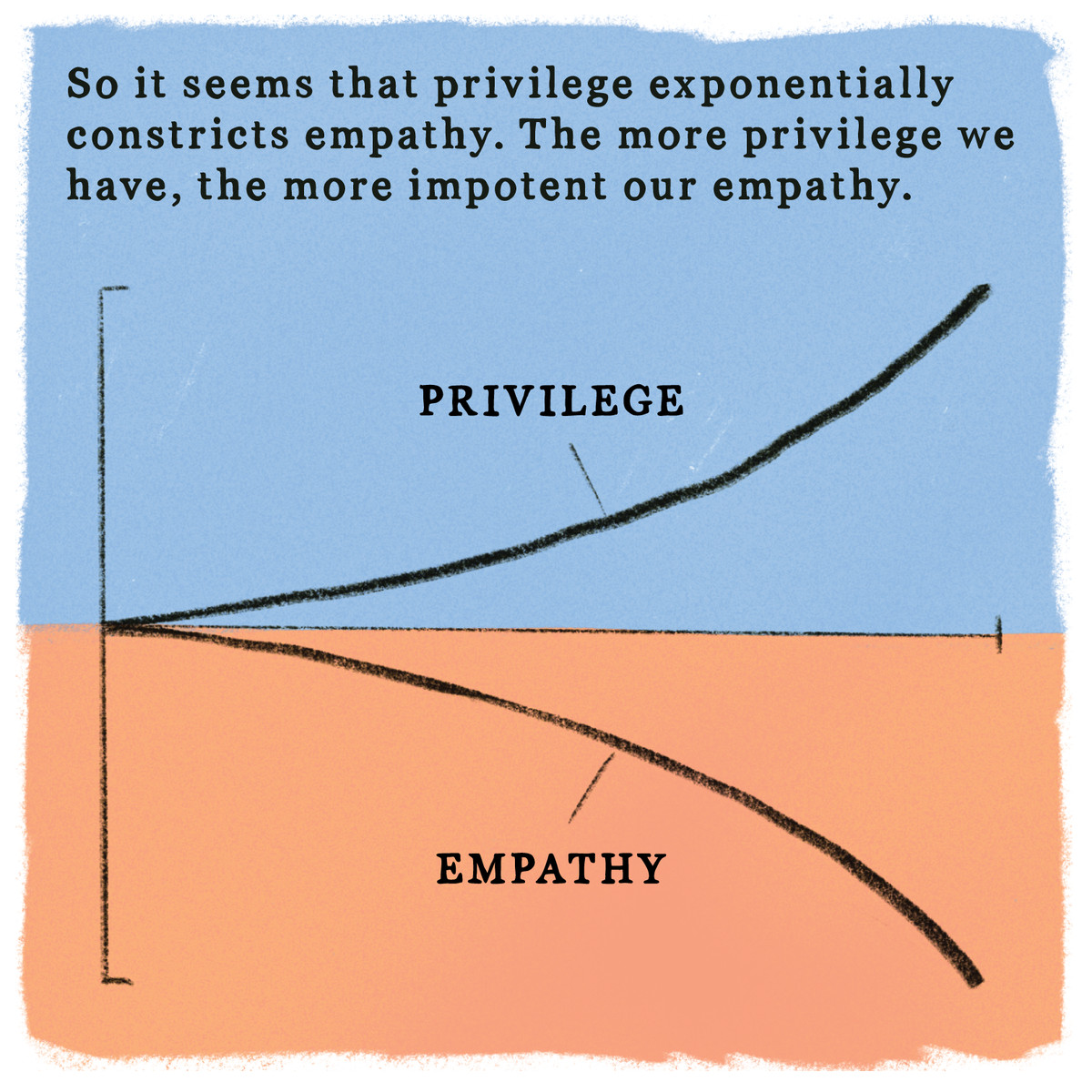 Let’s break that down.

This is not something we choose, but are born with. Cis-gendered are given more preference over Trans folk. Men are given preference over women. This how your gender becomes political. Asking for equal rights becomes political, because you’re questioning the patriarchal structure that revolves around men. You’re then fighting against the laws that aren’t in your favor like the Suffragette Movement in 1920s. Around the same time, in India, Dalit women were active in anti-caste and anti-untouchability movement. In 1930s, Dalit women were involved in the non-Brahman movement. Dalit women are still fighting against the majority and haven’t stopped.

Race plays another important role in your politics. White people have the most privilege in everything: employment, housing, medical care and schooling. Other race/ethnicities face a lot of discrimination and thus, this leads to very little progression of these ethnicities.

Possibly the biggest factor which affects your politics: the class division. This is the single hierarchy which has pushed for the divide between humans more than anything else. This has also been extensively studied by sociologists. The upper class is composed of the rich, well-born and powerful people who have a lot of influence in the society and the economy of nations. The lower class is called the working class; those who are daily wage workers and who do most of the manual work. The middle class consists of people who are/can be financially stable and have ‘white collar jobs’.

There’s no denying that the LGBTQ community still is fighting for equal rights. The discrimination they face is unreal. In this community as well, the trans people are still being the most marginalized subcommunity. The straight people have more privilege in terms of getting married and living the way they want to live. The LGBTQ community has been shamed and been told that they’re not ‘normal.’ Their existence itself is rebellion enough against the societal norms.

The Stonewall Riots was started by a black transwoman to fight for equal rights. In 2009, the Delhi High Court decriminalised Section 377. This triggered protests by religious groups and it was moved to Supreme Court. Since then it’s been a long battle until the 2018 verdict. Even after that, the LGBTQ community continues to fight against the stima that surrounds them.

In India, caste plays a huge role in politics. Brahmins are uppercaste folks who have the most privilege and the Dalits are the lowest caste. Dalits have been facing untouchability since time immemorial. Dalits have started fighting for rights in every sense and have asked for visibility and representation in every sector of politics. We don’t have to go that far to look for examples. Even in a pandemic, social distancing has become caste distancing. We let them into our houses to clean but don’t let them enter the kitchen. Many take this as an opportunity to justify untouchability. There’s a rise in the brahmanical pride in the country which is defining our politics, the social fabric of our country and our very existence. 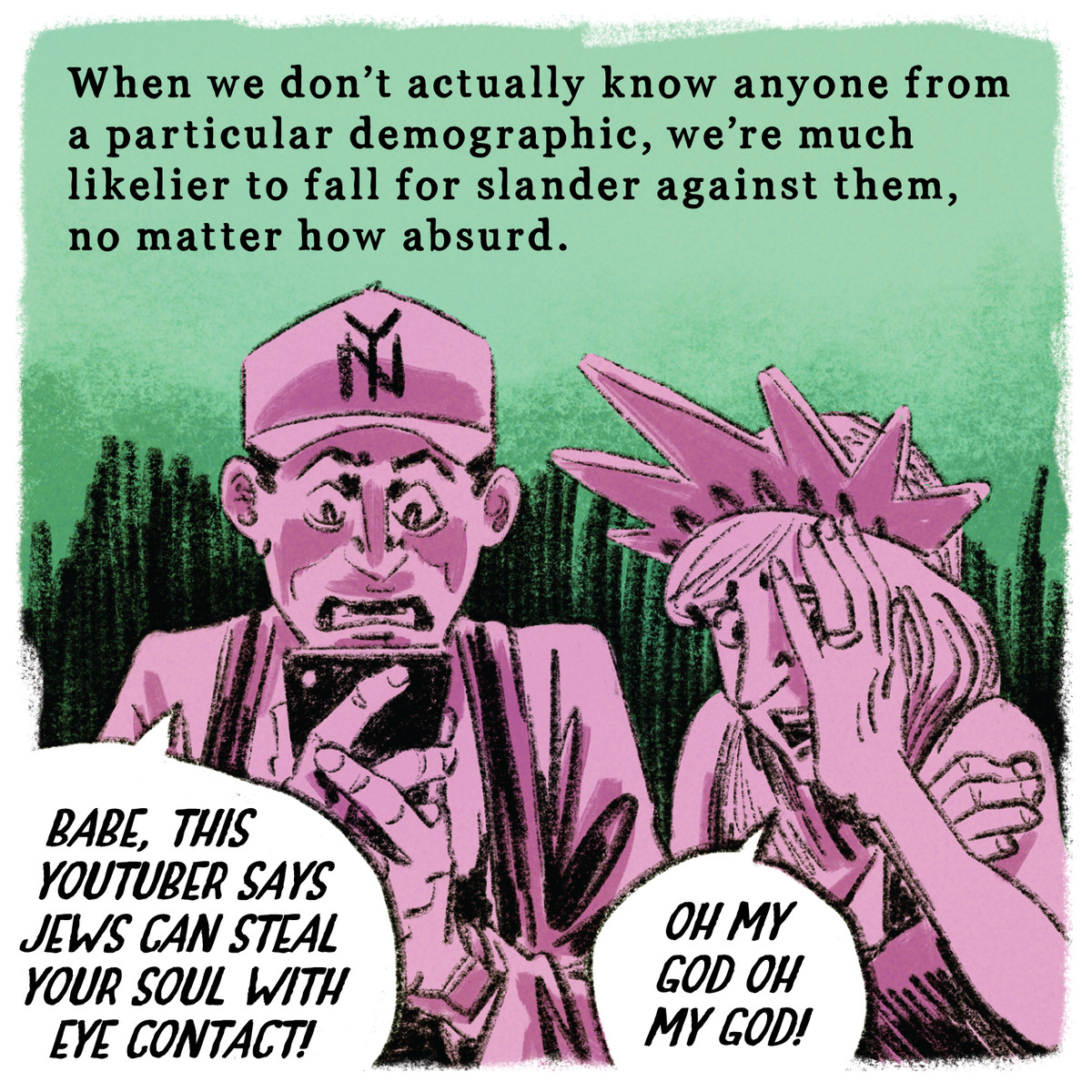 These are a few important aspects of how the society is divided. From this, we learn that there are levels to this discrimination and there are different ways one can be discriminated.

But what does this have to do with kindness?

The answer is everything.

The way you choose to be kind reflects in the person you are. How kind you are depends on whom you are kind to and what kindness you offer them. It might sound weird and you might think, ‘who sees color/gender/sexuality when you have to help them?’

The truth is that a lot of people do.

I know of a teacher who was talking about her trip to New York City. She was talking about the usual tourist attractions. But she said that she would never venture into the ‘black’ areas like Brooklyn. She said it was because they’re too dangerous and she didn’t like them. This misinformed notion comes from years of consuming anti-black media. And this gets in the way of helping people. And even though she’s in a position of power to influence young minds, she holds that very notion of helping only those who aren’t black.

The rise of Islamophobia has impacted all Muslims, including me. We are taught that kindness goes both ways: those who want to help and those who accept that help. Kindness is political when people refuse to sit in a taxi with a Muslim driver and refuse to eat food delivered or cooked by a Muslim. It is political when a patient who identifies as Muslim is being denied treatment. I know of a doctor in Texas who was told that the patient didn’t want to be treated by a Muslim.

So, kindness then becomes political.

Charity has a very top to bottom structure. The rich give  money to those who don’t have it and feel good about themselves. Like they are superheroes. But what they do need to understand it that this furthers the class divide. The rich feel like they are doing something great and the poor have to keep living on the mercies of the rich. This class divide shapes our politics.

Recently, I read an article that one in four people practice untouchability. We have to get out of the bubble that we’re living in. Denying the existence of caste system is not only a privileged but also is an inhumane thing to do. Denying caste system’s existence means one has not been exposed to different people and has made a conscious effort to not extend help anywhere else. We can only make true progress when we acknowledge the problems in our society and start working from there.

Kindness becomes political when relief funds are stopped to war-stricken areas. When relief packages have to be donated by volunteers instead of the authority.  It becomes political when we’re asked to hate certain groups of people by our authoritative figures. Upperclass folks should hate the poor. Hindus cannot be friends with Muslims. Because this means some lives are less worthy than other lives. The very idea of someone being superior to another is wrong. Anything that demands to create more divisions in the society must be resisted.

And it should be resisted with kindness.

In order to be kind and empathetic, we have to be political. We have to know the society we want to cater to and live in. And in order to do that, we have to offer solidarity, not condolences. We can only be truly kind once we understand the nuances of society. And once we learn about structures in which the society is designed in detail, we will eventually realize that sympathy only takes us so far. If and when we learn how to empathize with people truly, then we can be kind. If we sit with marginalized people, and listen (not speak) and educate ourselves, then we can be kind. We can be kind when there’s true democracy. And when marginalized people are being represented in every sector: because that means we’re living in a society that respects all voices.