What is the Diagnostic and Statistical Manual for Mental Disorders?

The DSM or Diagnostic and Statistical Manual of Mental Disorders, currently in its fifth edition, is considered to be the Bible for psychiatrists and clinical psychologists. It is used by all mental health professionals. Even policy makers refer to it to make laws about mental health. Evidence based research on therapeutic interventions are based on the diagnostic criteria within the DSM. The DSM keeps evolving, adding and deleting new disorders according to the ever-changing nature of the world. The manual is credited with standardising mental illness and finally making it a bit more diagnosable than ever before.

The DSM is non-theoretical and focused mostly on describing symptoms as well as statistics concerning which gender is most affected by the illness, the typical age of onset, the effects of treatment and common treatment approaches.

The World War II saw the rise of psychiatrists because a lot of soldiers returning home were diagnosed with something they called Shell shock, now known as Post-Traumatic Stress Disorder. A committee headed by a psychiatrist with help from the Mental Health Service led to the creation of a classification scheme, Medical 203.

The American Psychiatric Association then was entrusted with the duty to develop a version for Medical 203 for use in the United States of America only. And then, in 1951, the first edition of the Diagnostic and Statistical Manual for Mental Disorders was approved. It was published a year later. Since then, it has been evolving and changing to the needs of the world. There are five editions as of now, and we’re awaiting the sixth.

The evolution of the five editions:

The APA’s fifth edition of the manual has been met with a lot of criticism. Among them include over-diagnosing, the incremental medicalisation of mental health and cultural bias.

WHAT ARE THE CRITICISMS FOR THE DSM?

Since its publication in 2013, the fifth edition of the DSM has been subject to criticism. And for valid reasons, too. DSM-5 has contributed to the mass medicalization of medical health which reduces individuals to their symptoms. Along with that, the task-force has consistently been adding new disorders. This creates a divide between what’s considered normal and not normal. Politically, it ignores the developing countries and the non-white communities. As the organisation that is supposed to be the global handbook for psychiatry, the Diagnostic and Statistical Manual for Mental Disorders has been extremely ignorant about the people living in the margins.

PROBLEMS OF THE DSM:

Medicalisation is the process of diagnosing and identifying conditions of the human body. This results in reducing an individual to the symptoms of the illness. The diagnosis of mental illness runs on the bio-psycho-social model. But with the increase in number of disorders, it now runs on the bio-model, as told by the then president of the APA, Steven Sharfstein (1). The bio-model is a symptom based model and only actively looks to cure the symptoms rather than focus on the well-being of an individual.

The rapid medicalisation of mental health has seen the increase of cases in mental illnesses. With over 300 disorders, many fall under some mental health illness for which they need medication. Interestingly, it was found that there are strong financial ties between the authors who selected disorders in the fourth DSM edition and pharmaceutical companies. Steve Sharfstein, the president of the APA in 2005, published an article in which he reported this:

Our inquiry into the relationships between DSM panel members and the pharmaceutical industry demonstrates that there are strong financial ties between the industry and those who are responsible for developing and modifying the diagnostic criteria for mental illness. The connections are especially strong in those diagnostic areas where drugs are the first line of treatment for mental disorders.

This leads to over-diagnosing people and then shows sharp statistical increase in the rate of mental disorders. Worried people will rush to the doctors and pharmacies and buy medication at high rates to feel that they can be normal again. In this research paper, the author found that:

Over-diagnosis in mental health risks unnecessary tests and treatment, the stigma associated with being labeled mentally ill, and the considerable costs of testing, treatment, and wasting resources that could be better utilized elsewhere. 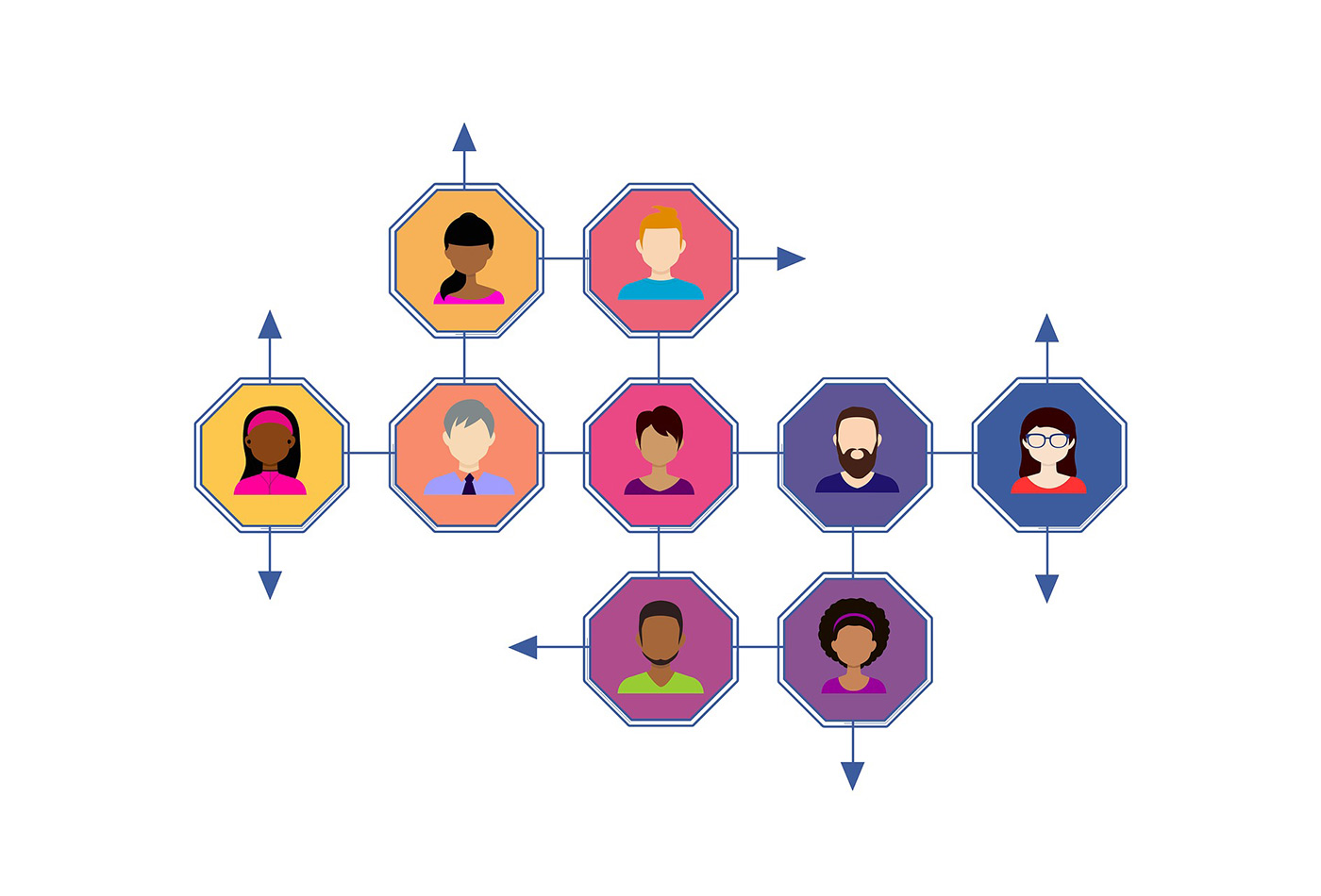 The study of mental health should include the study of culture and societal inequities that people are living in. We don’t all grow up in a Eurocentric world and it feels like when it comes to mental health, the authorities hold the notion that we do. This leaves out a majority of the human population. In different cultures, people exhibit anxiety and other mental illnesses in different ways. Cross Cultural psychiatrist Arthur Kraeplin noted this in his research findings. He was highly critical of DSM-IV and wrote in his published article that:

The fact that disorders or concepts from non-Western or non-mainstream cultures are described as “culture-bound”, whereas standard psychiatric diagnoses are given no cultural qualification whatsoever, is  revelatory of an underlying assumption that Western cultural phenomena are universal.

Which means that we always think of the Western World as universal while completely ignoring the people in developing countries. Dr. Ajita Chakraborty an Indian psychiatrist wrote, “Even where studies were sensitive, and the aim was to show relative differences caused by culture, the ideas and tools were still derived from a circumscribed area of European thought. Research is constrained by this view of psychiatry. Psychiatrists in the developing world have accepted a diagnostic framework developed by western medicine, but which does not seem to take into account the diversity of behavioral patterns they encounter.”

Mental illnesses can be caused by social issues. A lot of anxiety and depression is prevalent in minorities due to racism, classism and poverty. Being subjected to many political issues, minorities learn to adapt to stress (and a lot of it is transmitted by the previous generation.) And because of this, they normalize disorders and show very different signs of mental illness than say, a White person.

The lack of inclusion in a global manual goes to show how we view the world and how mental health can only be accessible to the Western World.

In the first edition of the manual, homosexuality was still considered to be a mental disorder. It was only in the reprinting of the second edition that it was removed, twenty one years later. Ego-Dystonic homosexuality continued as a disease till 1987.

However, while men were punished and sent to jail for engaging in same-sex relations, lesbians, were not subjected to the same discrimination. They weren’t forced into treatments and only some women themselves actively sought for help. They did so because they wanted an explanation for their feelings. Note that these women who sought help were from the more educated backgrounds. And it is also worthy to mention that the men sent to jails and asylums for ‘therapy’ were mostly men from the lower and middle classes of society.

The Trans community all over the world still deals with a lot of stigma. Coupled with the medical model of the DSM, they tend to face much more discrimination in terms of treatment for gender dysphoria. Because it is (again) symptom based, the DSM takes away the individualistic aspect of it. It forces people to be put into certain criteria to be able to ‘medically’ identify themselves as trans or non-binary.

With over 300 disorders, the DSM actually creates more mental illnesses rather than focusing on solving the existing ones. This creates more labels which do more harm than good. In a research article, it was reported that “nearly all studies that have looked at public attitudes towards mental illness have found that the medical model for mental illness (mental illness is an illness like any other illness) is associated with increased negative attitudes, greater fear of patients, and a greater likelihood of wanting to avoid interacting with them.” 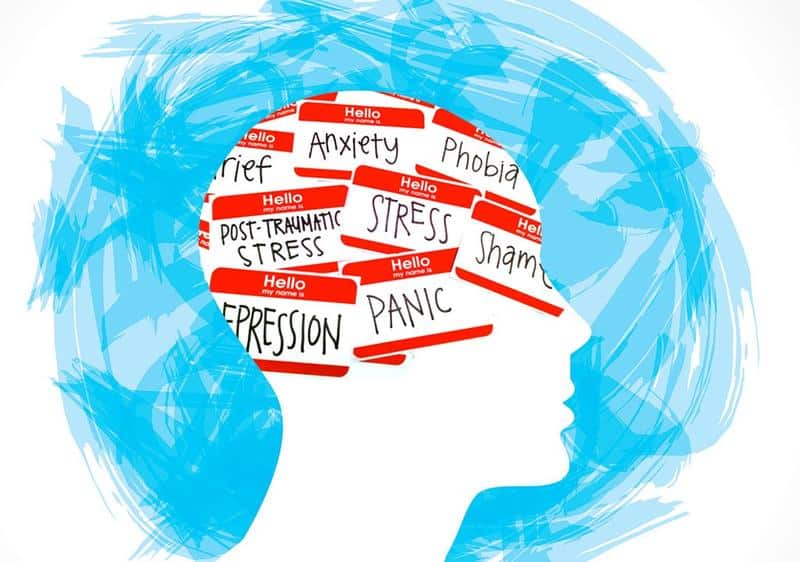 When we add more labels, we are giving people the chance to define themselves medically. This reduces them to their ‘disorder’ rather than seeing them as a person who is protesting or resisting subjugation caused by conditions of the world (eg., capitalism, patriarchy, fascism,etc). Disordering the person causes a lot of harm to the individual who is going through distress. There’s a chance that they become more pessimistic and start to think of themselves as ‘wrong’. These labels stop people from seeking help and therefore, increase stigma around mental health issues.

At Pause, we recognize that the DSM is here to stay. The danger of this both among service providers as well as people consuming this information is that the medicalisation can lead to symptom-centric, individualistic approach where the person is seen as the problem and the problem needs to be fixed first and foremost by the individual themselves.

Secondly, the lack of etiological understanding within the DSM itself can lead to the grave fallacy that the context of the distress is less important than the distress itself and the distress needs to be solely eradicated by the person in question. This lends itself to the views of an ableist, capitalist, productivity focused, heteronormative world where every one who doesn’t reach the finish line in the given timeline is in fact abnormal.

Mental health is a fundamental consideration of our existence. It is dangerous to conflate what is “healthy” with what is normative and vice-versa. It is necessary to keenly listen to the ways of the world to understand how one’s mental health intersects with structural and political inequities, what we know of the brain and what we theorize about the mind.

The Diagnostic and Statistical Manual, along with its WHO published counterpart International Classification of Diseases’ Mental and Behavioral Disorders, allows for naming symptoms than experiences. Critical psychology informs us to look at mainstream models of therapeutic interventions critically and consider how and why we all  express distress in different ways and how to hold this with safety.

Pause for Perspective is a social justice based, queer-affirmative, patriarchy deconstructing and trauma sensitive organisation that works for the wellness of individuals. Therapists at Pause for Perspective help the individual through a bio-psycho-social lens that takes into account their culture, their health and the issues they are dealing with holistically. And for this, we focus on affirming peoples agency and work towards what care looks like for them. This leads to a more positive result: happier and calmer individuals who can reclaim their lives and make it their own.

If you are seeking Mental Health Service, what does all this mean?

The over-diagnosing nature of the manual can eventually lead to people self-diagnosing themselves. Many scholars argue that diagnoses are internalized and affect the identity of an individual. With this, a person may feel inhibited or disinclined to get help, as a result of which their health deteriorates.

Another interesting article by Dr. Eric R titled The Great DSM Hoax focuses on how labeling and creating many disorders from the biological point of view is harmful to patients seeking help. To a person seeking Mental Health Services, this may be a bit shocking.