*Guest Post* Buddhist practices and their connection to my well being.

How have people and philosophies influenced my search for meaning, self realization,  health and well being?

Richard Davidson, a renowned neuro-scientist outlined four components of well-being which have health-promoting effects on the brain. These four components are known as  awareness, connection, insight, and purpose. What do they really mean?

Since my life-journey has been quite a long one I was often confronted with the need for deep healing I am starting to wonder whether well-being and healing are identical terms or coincidentally from the same semantic family? While well-being seems to be easily defined as something which is ultimately good for us, healing is something much more complex and perhaps an accumulation of well-being can become healing in the end, quantifiable, measurable, if science wants to rule.

Now, according to Wikipedia Self-healing refers to the process of recovery : general from   psychological disturbances, trauma, etc., motivated by and directed by the patient, guided often only by instinct. – – – Who needs to recover?

At this point, I am already wondering how much we often over-rate the “self”, this little thing which coagulates like blood during moments of heightened awareness. Then it dissolves again and disappears in the effervescent blood stream of consciousness-subconsciousness and we are waiting for it to rise just like we are waiting for the next full moon to shine in the dark night.

Further on it reads that the value of self-healing lies in its ability to be tailored to the unique experience and requirements of the individual. The process can be helped and accelerated with introspection techniques such as Meditation.

Finally, a buzz word, a Buddhist word I have something to say about: meditation!  I do shamefully admit that I am not a great meditator. I have never been one, perhaps due to some chronic fatigue syndrome, I don’t like to sit. I like to lie down and pour myself back into the Earth when unbearable fatigue attacks me. I long nothing more but to melt into the Earth, if only it was easy.  Yet, there are moments where I am able to sit like a zen Buddhist practicing shunyata, emptiness. In these moments I become curious to find out more about Tich Nath Han’s words : when I sit, I sit, nothing but sit.  Sitting and breathing, what wonderful simplicity.

Still, I prefer it when I sit in good company.

As mentioned, since the traditional, beloved Zen or Buddhist style meditations are hard for me I decided to download my insight timer to find that necessary company. It came with a surprise as the new edition was still allowing to access my favourite meditation guides and voices.   I found music inviting me to ‘Breath With Me”, Tara Brach’s Radical Acceptance Meditation and Christine Neff’s self-compassion meditation. All of those mentioned meditations bring us back to our awareness component of well-being. We are reminded that accepting that reality is what it is, and people – same as emotions – are impermanent, just visitors.

“A joy, a depression, a meanness- Some momentary awareness comes as an unexpected visitor.
Welcome and entertain them all! Even if they’re a crowd of sorrows, who violently sweep your house empty of its furniture, still, treat each guest honourably.
He may be clearing you out for some new delight”,

Rumi says in his beautiful poem The Guesthouse.

It is a simple formula to help in valuing good times with a big smile and coping with hard times with less fear and more focus on exhaling them.

“If you did not write every day, the poisons would accumulate and you would begin to die, or act crazy, or both. You must stay drunk on writing so reality cannot destroy you.”

I am seldom inspired to leave my cosy refuge corner populated with colours and paint brushes. There was also a big chunk of clay and my movement equipment in form of hoop, aereal and juggling balls. Having paper, drawing pad, pencil and my notebook to jot down silly things which stemmed from the flow of consciousness is grounding. Painting with words is so much more forgiving than painting with oil or pastel colours. Both have their place and time though.

Here’s some of my work in free writing:

The sadness of a new early winter morning in Delhi

Sadness of rain
Sadness of pigeon plastering/plumbing/lolloping her or his wings, head inside, flexible neck.
Scared to fly?
One inch shy to take off
The morning is as gray as her plumage.
Clouds wearing grey pants
Gurrugurru- gurgling
Finally- with a sigh of heavy relief-taking off into the obscurity of a new day
meanwhile
Plants
Talking
Waiting in silence
Aligned in a row of saluting soldiers
Saluting the gray morning, the tiny day which has just begun 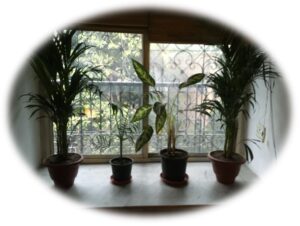 Spreckle or sprinkle them With stars and kisses

I “blacked out” poetry from a random magazine and discovered

The depths of the valleys are covered with heavy clouds in soul.
Modern human, another word long praised
It is worth of dance
Brush the eternal dust off
Protect conscious lovers
New is being ancient
Understanding will create admiration.

Iam going through a furious crisis of unsettling “displacement” and lots of upheaval. Sometimes I think this is the deepest I may ever sunk. I lost my own apartment due to an army of rats invading my space and making it anything else but a welcoming home. Viktor E. Frankl and his “Man in Search of Meaning” ( El hombre en busca de sentido),  came to a temporarily rescue. There is always a search for freedom within us, he says in the introduction, and a drive towards purpose and meaning. It is part of our existence to feel empty, frustrated, or anxious but in my particular case, I felt cheated like you would not even cheat a rat.

What really helped during this dip-dump was the possibility to talk to people I sometimes call community.

As Rainer Maria Rilke would say: Live your answers. Don’t seek them. Is this how we find purpose in our daily struggles

“Buddhism, in the way it talks about impermanence, emptiness, interconnectedness and all emotions are pain has provided a good perspective to go back to when I find myself too attached to a thing, an experience or my identity and roles,” Shefali, a friend tells me in her reflection.

For some reason I do cherish these principles as well. By nature, they teach us to look at life not as something which has been defined as being towards an end; it is more a being towards one’s own most potentiality for being, becoming, metamorphosing. Great words, great concepts, great action taking implied! 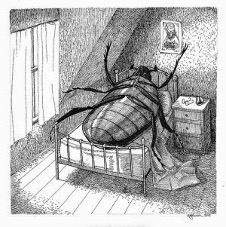 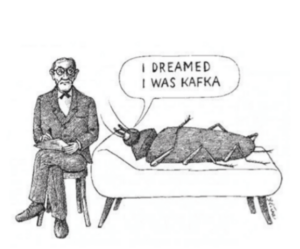 Yet, I would like to finish on the critical note, that it is part of our human nature to adopt a role whereby we transcend our scary individuality and make it bigger than life and bigger than death. Denial of death could be nothing more than one of many civilisation’s survival strategies. Yet, if we consider that death (impermanence) does not happen at a particular moment and that life is not a means to an end, then things become easier as there is less fixation. We are constantly dying very naturally towards a future and death is not a final moment of our life.

I’m a bringer of joy as I laugh and dance and feel your heart and carry it in mine. I feel joy when I wake up in the morning and feel the wet grass under my naked feet. Naked- YES! You can even walk barefoot in my heart 💜 if you are  also a bringer of joy… I’m joyful as joy is my nature- I feel it in every body cell. It is a great energy, and it is as if the sun had a tail which tickles seeds to make them grow in laughter …