Mental Health in the Margins

I was invited to a talk on World Mental Health Day at the University of Madras for a special guest talk. The following is part of the talk. 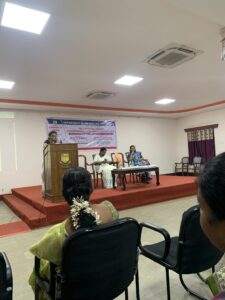 I would like to first define a few terms before I invite you into some of the ideas I present today on Mental Health in the Margins.

What do I mean by Margins or Social Margins?

Social Marginality refers to a position on the margins of a social group or society, or between two social groups or societies, and its is often associated with the particular country as a reference point. There is a difference between people who occupy the social core and those in the periphery and typically the idea of marginality describes the relationship of peripheral individuals to a homogenous, majoritarian social core.

Social distance occurs because of unequal equipping of individuals with different forms of economic cultural, social, or symbolic capital. For instance, in most societies the social core is the identification of two genders of male and female and one kind of sexuality that is one between the male and female, of heterosexuality, creating peripheral identities of people who are trans, and queer.

Often people in the margins experience what is known as marginality which implies lack of access to education, economy, and politics in ways that people in the core of the social group have. I will pause here with defining the term Margins. I hope this makes sense.

In just defining these terms I hope you can see why the conversation about Mental Health in the margins is important. Let me give you some examples of people in the margins and their struggles of accessing therapy with some very well-intentioned therapist.

Situation 1: Arun, a 24-year-old transman, was recently diagnosed with depression. His family had become distant from him ever since he told them he was intending to undergo gender affirmative therapy and surgery. He spent most of his time home alone and reported not having any friends. Arun did not agree with the diagnosis of depression; he believed that his struggles were due to his family’s inability to accept his gender identity. After 2 months, Arun realized that most of the time in therapy was spent educating his therapist on the issues experienced by trans people; for example, his therapist did not know what needed to be included in a letter he was going to write to Arun’s endocrinologist so that he could receive hormone medication. Arun decided to terminate therapy; he wanted a counselor who could address his concerns and not someone who he paid to educate.

Situation 2: Swapna a 30-year-old woman doesn’t want to live in her cis-het marriage anymore. She has had a 5 yearlong marriage which she feels no longer makes sense to her. She feels criticized by her partner for domestic obligations and finds herself uncommunicative with him. Significant emotional issues have made their sexual life next to inexistant. Moreover, in the last couple of years Swapna has made queer friends at work and has had an opportunity to be around the community. She has recently come out as bisexual. Swapna has a very close friend who identifies as lesbian, and Swapna is interested in this friend.  Swapna is certain she needs to separate from her legally married partner. She comes to see a counselor who channels the conversations to make her feel that given she is bisexual anyway; she should first consider how she can work within her current marriage and explore why it doesn’t work for her. Exasperated and confused by this stance Swapna decides to quit therapy and seek peer guidance from her queer community where she finds more stable support to walk out of her marriage and build support in friends and chosen family.

Situation 3: As an Adivasi Gay man from a small town outside of Ranchi, Chis works for one of the most reputed banks in the country. Chris struggles with social anxiety since the time that he realized he felt attraction towards people of his own gender. Social anxiety grew more intensely through undergrad. Now in his workplace too he finds that he has social anxiety when being in group spaces and in meetings. His self-efficacy and confidence have taken a hit. He approaches a CBT therapist who points to his irrational thoughts of feelings of inadequacy as the problem that need to be restructured and offers exposure therapy to reduce the fear of being in public spaces. This overwhelms Chris who feels misunderstood and quits therapy.

Some of the aspects that were missed by therapists in situations where Arun, Swapna and Chris were present were of educating themselves about the unique life stressors of gay, lesbian and trans people and understanding further nuance of multiply systemic oppression.

Each example demonstrates how gender, sexuality, caste influence the therapeutic relationship, and each example reflects the harm that well-intentioned but ill-equipped counselors can have on clients when they are unable to address systemic barriers.

to ensure full participation of all people in the life of a society, particularly for those who have been systematically excluded on the basis of race or ethnicity [Caste in our context], gender, age, physical or mental disability, education, sexual orientation, socioeconomic status, or other characteristics of background or group membership. (xiv)

Ratts (2009) contended that social justice “is related to a growing need to connect human development issues with toxic environmental conditions” (p. 163) and added:

Environmental factors, such as racism, sexism, heterosexism, [casteism] and classism, can delay people’s growth and development and hinder people’s ability to reach their potential. This is especially true for clients who have been historically marginalized in society such as people of color [DBA people], those in poverty, and individuals who are lesbian/gay/bisexual/ transgender (LGBT). Helping clients recognize the presence of oppressive factors is important because it prevents them from blaming themselves for their plight. (pp. 163–164)

Social justice counselling entails moving beyond the intrapsychic realm to focus on how attention to socio-political inequities might facilitate client empowerment not only in the therapeutic encounter but also in society more broadly (Kiselica & Robinson, 2001).

“What is needed is a revision, from the bottom up, of our most basic assumptions in psychological thought. But this revision cannot be made from our offices; it has to come from a praxis that is committed to the people. (p. 23)”

In this context when we think about the people I presented in the beginning we see that, Arun needed his therapist to be a queer affirmative and informed of the unique stressors of trans people lives that entails living in the assigned gender at birth leading to gender dysphoria and the discrimination when they do not pass and further the isolation and ostracization by family leads to loneliness, mental health distress and trans-erasure. Swapna also needed a therapist to understand what it is like as a woman to recognize that one does not affirm with cis-heteronormative ways of identifying themselves. Chris on the other hand inhabits multiply marginalization, not only are they Adivasi (marginalized by caste) but also marginalized by sexuality leading to implicit bias and microaggression and aversive discrimination on several levels.

Unfortunately, as we understand the work of psychotherapy today, considerable weight is given to individual factors and biological determinism to explain client development. The use of the medical model and intrapsychic explanations are reflected in the Diagnostic and Statistical Manual of Mental Disorders (DSM). It is important to consider that counselors and psychologists are one of the major consumers of the DSM yet counselors and psychologists have little to no input in how diagnostic categories are developed within the DSM.

The most recent iteration of the manual, the 5th edition of the Diagnostic and Statistical Manual of Mental Disorder (DSM–5; American Psychiatric Association, 2013), seems to indicate that things have not changed. The Washington Post highlighted a conflict of interest between pharmaceutical companies and creators of the DSM–5 (Whoriskey, 2012). This article questioned the ethics of having a panel of experts who receive funding from drug companies (in the form of grants, stock options, and speaker and consultant fees) to create diagnostic categories for the DSM–5 that financially benefit pharmaceutical companies.

In the context of this conversation, we need to acknowledge that gender and sexuality have a long and pathologizing history. We have pathologized being trans and queer ever since the history of psychology. It would serve to look at the QACP handbook for details of the same. For now suffice it to say that in the climate post the decriminalization of section 377  when homosexuality was legalized, where conversion therapy continues to be practiced while unethical, its important to not just be neutral or queer friendly but it is important to be queer affirmative.  To quote from the handbook “Therapists need to acknowledge the historical wrongdoing and take collective responsibility to make right what has demeaned and caused harm to gender and sexual minority communities for so long. We need to become interrogative and reflexive about the power that we have in therapy space and learn to listen to lived experiences of people who consult with us. We need to learn and understatng about the structural inequalities and systemic failures meted out to queer folks and understand their struggles.”

Counseling is becoming more interdisciplinary, drawing from such fields as biology, psychology, and sociology. Ratts (2011) added advocacy to the biopsychosocial helping paradigm to acknowledge that helping professionals should also integrate such disciplines as community engagement and activism. A biopsychosocial advocacy perspective is based on the belief that biological, psychological, and sociological factors all play a role in human development and that advocacy is necessary to help clients achieve optimal mental health and well-being. The biopsychosocial advocacy perspective is also reflected in

such fields as engineering, medicine, social work, and family therapy.

Lastly, I would like to say that comprehensive approach to assessing human development issues is both ideal and ethical. Relying on biological, psychological, or sociological explanations alone is limiting. Clients come to therapy trusting that their counselors will be comprehensive in their approach. For this reason, it is critical that helping professionals consider social justice forces in our work. When we do not do so, as counselors run the risk of doing more harm than good. Doing no harm or non-violence is not just about what not to do. It is about what you are going to do and one of my current favorite quotes is one by Martin Luther King who went on to say that “peace is not merely the absence of tension, but the presence of justice.” It is therefore time for us to begin to truly embrace the fifth force of counseling psychology, that of social justice and begin to integrate it in our work.