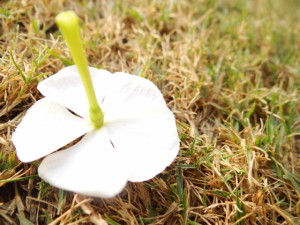 Have you ever been told to not cry and be strong, to not be too happy because people will notice and don’t be too angry because you have to control yourself. So, if we are constantly maybe even on a daily basis told this, then is it really okay  to suppress all these emotions and never let them out, to hide behind a wall of indifference where emotions are considered as vulnerabilities?

In psychology, emotion is often defined as a complex state of feeling that results in physical and psychological changes that influence thought and behaviour. According to author David G. Meyers, human emotion involves “physiological arousal, expressive behaviours, and conscious experience.”

If scientifically it has been stated that emotions cause changes both in our body and our mind, how then is it possible to completely suppress these emotions and never let them out.

In many studies that were conducted, it has been seen that emotions do influence the recovery and the prognosis of an individual after suffering from either a physiological or mental trauma.

One such study showed that “Skills and awareness in identifying and expressing emotions in combination with cognitive and self-monitoring skills can be an effective way of improving the clinical reasoning process and treatment outcomes in physiotherapy.”

Hence, if emotions do play such a big role in regulating our experiences, why then should we hide from them? Instead of hiding or suppressing these emotions, it would be a great aid and a great support to learn to understand, identify, and manage our emotions according to the situation.

In recent days, the words “Emotional Intelligence” have been attracting great attention, “Emotional intelligence is the ability to identify and manage your own emotions and the emotions of others.”

Ultimately, it’s not about running away or building up a façade where we show the world that nothing effects us, it boils down to experiencing every emotion, and making every feeling count, noting it down in the books of our lives and learning from each emotion.

Not just as an aspiring therapist, but as an individual, as a part of this human race, I urge all of you to take a moment and let yourself be drenched into these emotions to fully breathe them in and to learn that they don’t break us down but instead they build us up, acting as the very core foundation of our existence.

This article is written by our Intern Sabahat Fatima