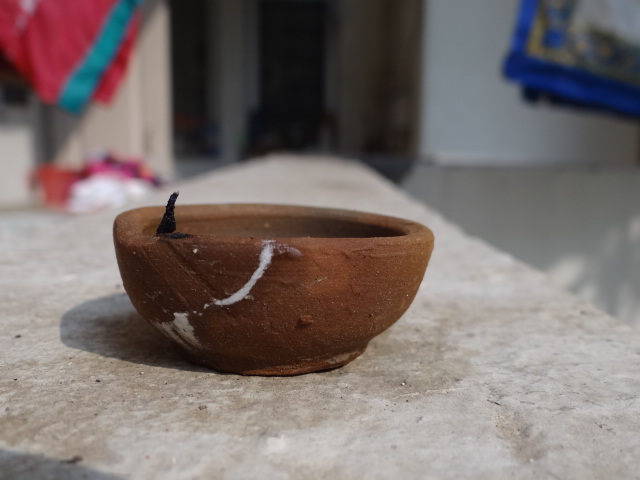 Clinical Psychologist during an intake: were you sexually abused?

Clinical Psychologist: Can you tell me about it?

Me: Well I was abused thrice…all three times by strangers, the first time when I was probably 10 years, in a train. I was with my family and everyone was asleep. I was traveling RAC with my grandmother and this man who was sharing the RAC seat put his hands under my skirt. I didn’t know how long his hand was between my things but when I woke up, it was there. I froze and didn’t know what to do until it was day light and he had finally decided to take his hand out.

Clinical Psychologist: That is not sexual abuse!

Clinical Psychologist: there was obviously no penetration. Sexual abuse is when penetration occurs and sexual molestation is when private parts are fondled. You should know that, you are studying to be a counselor!

Me: (visibly embarrassed and quiet thereafter)

While I do certainly wish the clinical psychologist in question was not so abrasive over technicalities and instead focused on what I was feeling. I was 22 years when this conversation occurred. Imagine my embarrassment. Here I was an “adult” in most ways than one and was totally unaware of how to address what happened to me and how to make sense of it. I am much older now and wiser than before. As a psychological counselor I have training in the area of abuse to be able to give words to my experience and I this knowledge will help some of the readers begin a journey into awareness about issues in child sexual abuse and molestation. While there are several aspects and people that this article can be addressed to, below are issues that are specific to what parents should do to prevent abuse, some “must know’s” of the effect of child abuse and some treatment strategies that parents can help their child with.

Prevention: If you are a parent: Start sex education early. It doesn’t necessarily have to be about the bees and the birds at the age of 5 or 6 but it is important to start by having a conversation with your child about good touch and bad touch. Mind you, what you say to a 5 year old about good touch and bad touch differs from what you say to 13 year old. However, what is important is, to:

1. Make the child feel comfortable when you are talking about this. Make eye contact with your child and ensure the child with your non-verbal’s and verbal’s that it is safe to talk to you about sex.

2. It is important to let the child know that her/his body is his own and that no one has the right to make the child feel uncomfortable. Uncomfortable touch does not necessarily have to come from strangers but often does. These kind of touches may include touching private parts, hitting, slapping, pushing and punching etc. (A general rule of thumb for “bad touch” is to ensure that the child knows that the area of the body not appropriate to touch is the area that a swimsuit covers.)

4. Emphasize that it is never the child’s fault and that it’s important for her to believe in herself.

5. Most importantly when the child experiences an uncomfortable touch or a bad touch encourage her to come to you and share it with you immediately.

6. Encourage your child to ask questions and be open, honest. Stick to the facts when you give them answers. Also encourage sex education in school (through formal education) and at home. PARENT: STAY INFORMED.

Short and long term effects of Child Sexual Abuse and Molestation: Children react to abuse in different ways. Below is only a brief list of “must-know’s “:

1. It is possible that when immediate action is taken to protect the child, after a traumatic incident, the child may report minimal trauma or none at all as opposed to children who undergo significant abuse or molestation and have not shared it with their parent.

2. A possible psychological effect of sexual abuse is Post Traumatic Stress Disorder (PTSD). PTSD is (1) the frequent reexperiencing of the event through nightmares or intrusive thoughts (2) a numbing of general responsiveness to, or avoidance of current events and (3) persistent symptoms of increased arousal, such as jumpiness, sleep disturbance or poor concentration.

3. Children who have been abused exhibit more posttraumatic fear, anxiety and concentration problems than do their non-abused peers.

4. A variety of studies show that because children who have been abused are typically in a negative environment of abuse they tend to typically overestimate the amount of danger in the world and underestimate their self- worth and trust in themselves to take charge, and trust in others. They often feel a sense of helplessness and hopelessness about difficult situations.

5. In children, anger is frequently expressed in behavioral problems, with abused children and adolescents displaying significantly more difficulties in this area than what is found typically in the general population.

How an individual copes with abuse depends on several factors such as her temperament, family support, environmental conditions, early childhood bonding with child’s parents or guardians and so forth.

Treatment:Since the effect of abuse is varied among people so is the treatment. It often is tailored to the individuals needs. Hence a visit to a clinical psychologist or a psychological counselor can prove to be extremely helpful.

1. There are several modes of treatment or approaches that a clinician can guide a child or an adult with. Children often respond to structured models of play therapy and behavior modification that are catered to the child’s specific issues and eventually enable a child to reestablish trust in herself, in interpersonal relationships and in her own body.

2. Support at home to encourage the individual to seek treatment can go a long way.

3. If you are a parent, trusting the child when she come to you with this vulnerable piece of information can help ensure that the child can trust in herself and her environment to protect her right now and in the future as well. Take whatever action that needs to be taken to keep your child in a safe environment.

4. Allow the child space and time to heal and also let the child relearn how to trust the environment in which she has to readjust to.

Last but not the least; I cannot emphasize how difficult an experience of abuse can be. Several studies show that children of the age of 5-12 are largely vulnerable to abuse and almost 50% of offenders are people that children often trust. Both boys and girls are at equal risks. The experience of abuse is as diverse as the number of experiences one can have. Abuse or molestation, whatever be it, has a significant impact on the child. Prevention, early intervention and support are some of the major areas that parents, educators and medical professionals should be educated in. Don’t take twenty two years of your life to set things straight with your child or yourself. Start right now!