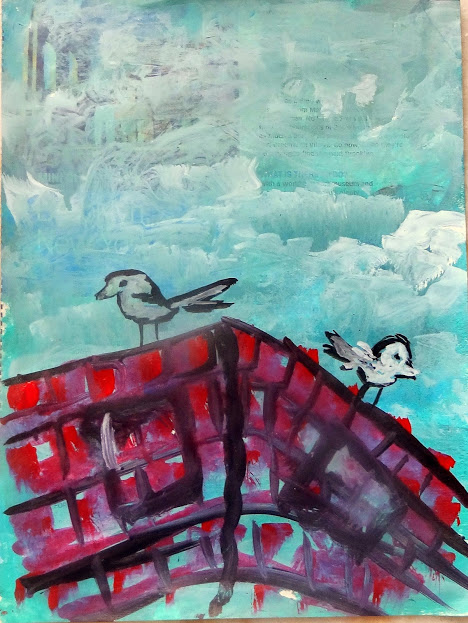 One might feel that people’s minds are hard to change. Discussions are part of everyday life, in the news, in social media even or even at work. Loud opinions are expressed but is anyone really paying attention to anything else than what supports their own beliefs? Reluctance to new ideas is common but even so, there is hope. Recent research provides promising results to anyone who is serious in changing minds and facilitating fruitful discussions

Say that you really believe that your opinion is worth spreading. How do you go about, how do you preach to anyone who is not already a follower? For a start you would need to think about the timing, and particularly the state of mind you and whoever you want to convince are in. Being in the midst of a fight is a poor condition for a fruitful debate. Anger can of course be a powerful force to push arguments forward but the problem is that when anger rises (or fear which your opponent might feel), parts of the brain that makes the body ready for fight or flight are activated. Now priorities are focused to survival mode. Forget about clear thinking and rational judgments. When resources are allocated to these parts, more modern parts in the prefrontal areas of the brain lower its activity. This means that reasoning, judgments and even morality is temporarily impaired because now the body is ready to fight or flee if the enemy deems too scary. So with this understanding, a good place to start debate is preferably before the storm rises, or if it’s to late, after it has passed.

In a study from last year (1), canvassers were sent from door to door to try and reduce peoples prejudices towards people who are transgender, a group who suffers a lot due to discrimination in many countries. Participants were asked to share their own stories of being mistreated for being different in some way. Then they were asked to connect and compare this with what they would think trans persons might experience. Finally they would state if they thought their attitude had changed and if so, why and how. The results showed that in just ten minutes people did actually reduce their prejudices and the effect was lasting for at least three months when a follow-up was done. The study seems to show that prejudices can be reduced if one tries to find personal experiences that resembles what is believed to be the experience of others and also explore how these connections are made in oneself.

Ignorance clouds not only our understanding of others but of knowledge itself. In the US there has for some time been a conflict between republicans and democrats on whether the climate change is a fact and if so if it is due to human interference. In a study from this year (2), efforts were made to build bridges between those conflicting parties. It might sometimes seem that even the most solid arguments wither and fall when presented to someone with a firm opposing belief. The mind actually works like this, protecting whatever beliefs it has. It looks positive at supporting arguments, and negative, sometimes even neglecting at those that threatens to change the belief. In this study participants were asked to explore and explain, step-by-step, how the opposing arguments came to be and how this made the opponent believe in the argument. In doing so, republicans actually became more open to the idea that humans do affect the climate. Both republicans and democrats reduced their prejudices towards each other. So in really trying to understand how the opponents came to their conclusions we better understand their view and judge them less based on prejudice.

The homepage Change my View (3) takes the art of arguing seriously. Here users are encouraged to post opinions and have other users try to challenge them. When an opinion holder has been convinced they will make a mark for this and explain exactly what arguments won them over. Scientists studied those arguments to understand how to effectively change someone’s opinion (4):

Taking all these studies together, an optimistic view is formed; people’s minds can change. One key to successfully persuading others paradoxically seems to be to let them take more place in the discussion. Be curious. Make them explore your view in their own way, how you arrived at your conclusion. Ask them to connect their own experiences to yours. Keep calm and be patient. Change takes time and the message needs to be repeated in different ways. Mirror the communicative style of your opponent. Do all of this and maybe by listening to your opponent they will finally hear what you wanted say.

This article is written by our Fredrik Hedström